According to OSHA, lockout/tagout standards prevent an estimated 50,000 injuries and 120 deaths annually. Lockout/tagout violations, however, are always included in the top 10 most frequently cited OSHA violations, and many accidents do occur.

Lockout/tagout accidents commonly occur in three situations: when employees are performing maintenance, cleaning or trying to remove items that have gotten stuck in machinery. In all of these situations, employees are close to machines with moving parts and it is easy for accidents to happen.

Lockout/tagout procedures are intended to protect workers who are performing maintenance on machinery, but OSHA investigations demonstrate that these procedures aren’t always properly employed.

For example, in 2011, a mechanic was performing service on an ironer machine at a commercial laundry company in Somerville, Mass. The mechanic was lubricating the machine’s chain while the machine was running, as he had not been properly trained in how to use lockout/tagout procedures. The mechanic’s hand got crushed as a result.

A similar incident occurred in Maine in 2010 when a worker was killed at a wood products manufacturing company while performing maintenance inside a machine called a stacker, which is used to pile bulk materials. The machinery had not been turned off in this situation either. 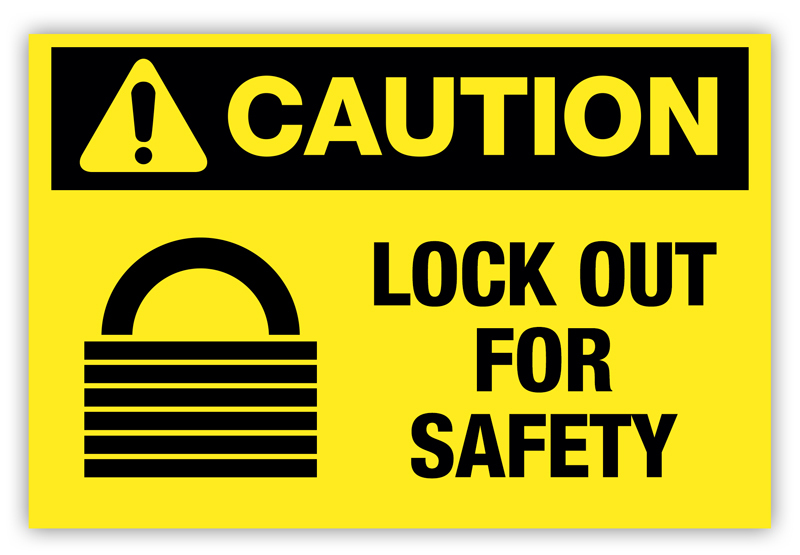 Performing maintenance on a machine while it is operating obviously poses many dangers, but lockout/tagout procedures are still necessary, even if a machine has been turned off. In 2011, a worker’s finger was amputated while performing maintenance on a machine at a glass products manufacturer in Lancaster, Ohio. The worker’s sleeve got caught in the glass former press stem, and he could not get it loose. OSHA’s investigation of the incident found employees hadn’t been properly trained in how to isolate energy sources, which resulted in the machine accidentally starting up during repair.

Sometimes accidents even occur while workers are following lockout/tagout procedures. OSHA made a video detailing a fatal accident that occurred when an electrician was doing repair work on a ship. The worker believed he had taken all necessary precautions prior to starting work, but he did not double-check to make sure the electrical panel he was working on was de-energized after he isolated the area from energy sources and locked it out. Modifications had been made to the ship’s electrical systems that cross-wired the locked out isolation breaker with another breaker, so the area was still energized and the electrician was electrocuted. This example highlights the importance of following all lockout/tagout procedures and updating documentation when system modifications occur in a facility.

Cleaning a machine (or near a machine) may not require entering a machine like other maintenance often does, but it still requires proper lockout/tagout procedures. Many preventable accidents have resulted from inadequate safety measures for cleaning machinery.

In 2013, for example, a 21-year-old temporary worker was killed during his first day on the job at a bottling plant in Florida while cleaning glass from under the hoist of a palletizing machine. The machine was not locked out, and another employees restarted the palletizer, which crushed the employee doing the cleaning.

Similar incidents have occurred in the food processing industry recently at a seafood processing company and a company that makes hummus. In both cases, workers were killed.

Additionally, lockout tagout practices should be used when workers need to remove anything that has gotten stuck in a machine. People may feel they can quickly remove something and don’t need to take the time to make sure energy sources are secure, but recent accidents show why doing so is so important.

A 2013 accident at a New Jersey recycling transfer station could have been prevented if lockout/tagout had been used appropriately. In this incident, an employee was clearing a cardboard jam from the facility’s conveyor belt system, and the energy source for the machine wasn’t locked out. This resulted in the amputation of the worker’s fingers.

These accident investigations reveal that severe injuries can happen any time employees are working around machines powered by electricity, even if those machines are turned off. Accidents are not specific to any one industry either: they happen in the food processing industry, the recycling industry, manufacturing facilities and many other locations.

OSHA has found that having clear lockout/tagout procedures in place and training employees in how to follow those procedures is very important to keeping workers safe when working around machines. Employers also need to make sure there are specific procedures for each piece of machinery and that these procedures are updated whenever changes are made to a machine or an electrical system.

Lockout/Tagout Actions: What You Can Do

Employers can also make sure they provide proper lockout/tagout equipment for employees. Each employee working on a machine should have his or her own lock so that everyone can be easily accounted for during and after maintenance.

Employees should make sure they feel comfortable with lockout/tagout procedures, and when maintenance is necessary, they should check to make sure all energy sources have been isolated, the work space is actually de-energized and locks or tags have been used appropriately. Doing so may take a little time, but it can prevent disastrous accidents.

For more information about lockout/tagout, consult this free guide or take a look at the SlideShare below. 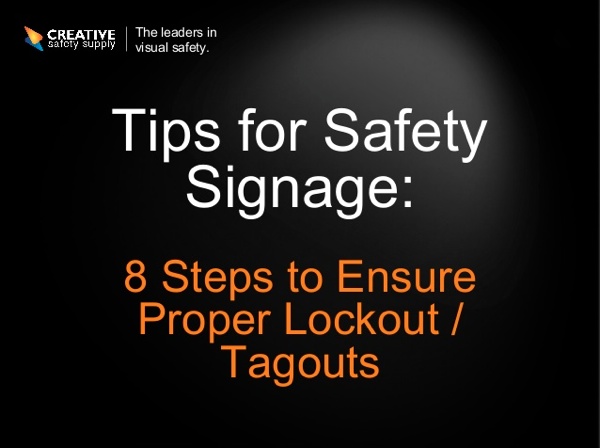