Carbon monoxide poisoning occurs most frequently between November and February in the United States, largely because of the use of heating systems in homes and other buildings. It’s worth assessing the carbon monoxide control methods used in your workplace this time of year to make sure you’re doing all you can to prevent the deadly consequences of the gas.

Carbon monoxide (CO) is a colorless, odorless gas, which makes it very dangerous since it’s also highly toxic. CO is a product of fuel burning incompletely and it’s typically produced in the workplace by machinery such as portable gasoline-powered generators, gasoline engines, fuel-burning furnaces, power washers, gas-powered tools and gas water heaters, according to the CDC. Even vehicles such as forklifts and delivery trucks can emit CO into the workplace.

OSHA explains that CO poisoning is common. It can occur at any time of the year—particularly when work is being performed in confined spaces—but can be especially problematic in winter when fuel-burning equipment is used in spaces where windows and doors have been sealed to keep cold air and wind out of a facility. 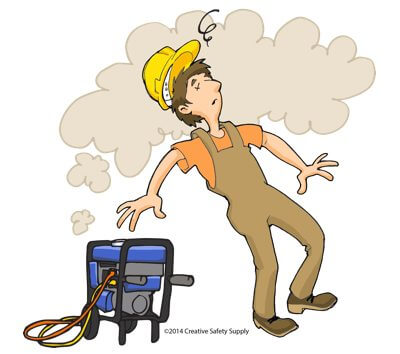 An incident similar to this scenario occurred at a warehouse in New England; one worker was found unconscious and several others became ill because the facility had sealed doors and windows to conserve heat.

To prevent an accident like this one from occurring at your workplace, it’s important to know how CO affects people (so you can identify the warning signs and potentially provide first aid) and how to prevent this gas from becoming a problem in the first place.

Carbon monoxide is harmful to people because it binds to hemoglobin in the blood, inhibiting the hemoglobin’s ability to carry oxygen. When someone is exposed to high levels of CO, their organs and muscles can quickly grow oxygen deprived, resulting in a serious medical situation. 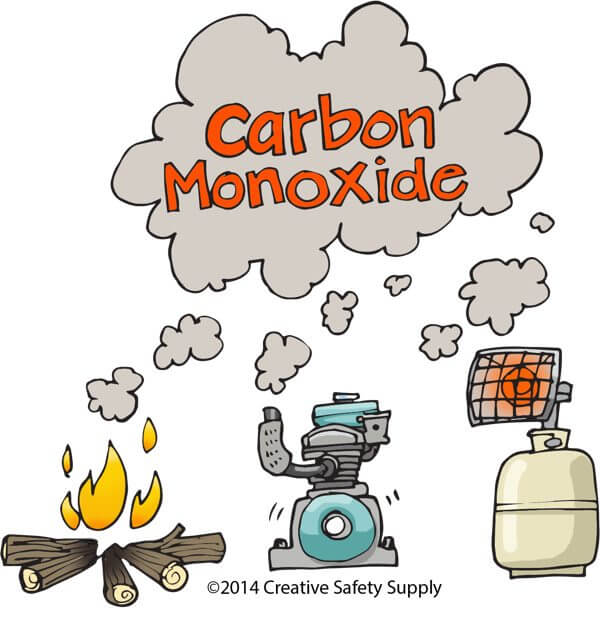 Initially, CO exposure can be difficult to detect because early symptoms include common complaints such as headache, dizziness and nausea. Additional symptoms include weakness, exhaustion, rapid breathing, confusion and eventually unconsciousness, according to the CDC. At high exposure levels, long-term neurological and cardiological effects can occur.

In some instances in the workplace, CO poisoning takes place very quickly. For example, if workers use gas-powered tools in an enclosed space without ventilation, they could be overcome by CO fairly quickly. On the other hand, workers at tollbooths and other locations near roadways and loading docks can be exposed to lower levels of carbon monoxide from vehicle exhaust over long periods of time.

In your workplace, you should determine what potential sources of carbon monoxide exist and whether structural conditions could allow the gas to build up inside the building.

Once you’ve assessed what equipment in your workplace could produce CO, you’ll need to take a number of preventative measures to keep CO from injuring anyone in your facility.

When possible, you should replace equipment that creates CO with alternatives such as equipment that runs on electricity, batteries or compressed air, OSHA explains. This removes carbon monoxide hazards from the workplace entirely.

Sometimes you will still need to use a gas-powered machine. If so, do you have adequate ventilation in work areas where gas-powered equipment is used? Ventilation can include your HVAC system, fans, windows and special exhaust systems. When you circulate air by bringing in outside air or sending air that contains CO outside, you can prevent the buildup of this toxic gas.

If you cannot provide adequate ventilation in areas where gas-powered equipment will be used, you need to find an alternative method for getting the work done. CO-producing machinery plus poor ventilation can lead to serious accidents. 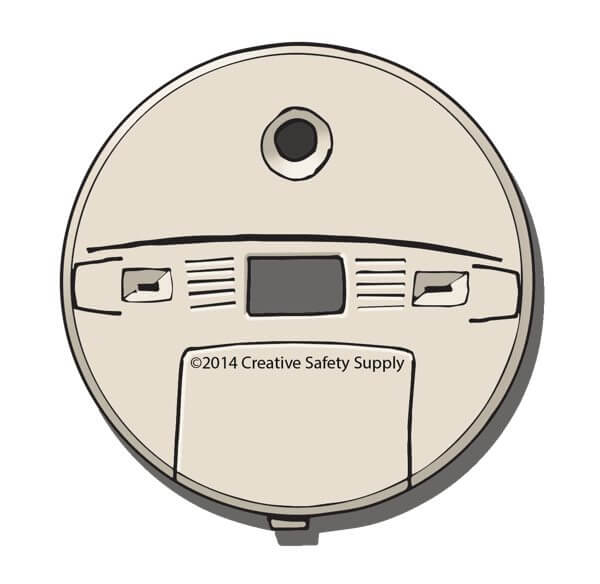 Wherever gas-powered equipment could produce CO, you need to keep tabs on it. First, install CO detectors in work areas just as you would at home. Make sure these devices have audible alarms and that they are checked regularly to make sure they still work.

Second, consider providing individual CO monitors to workers who will perform work near equipment that produces CO. As the air near the workers is the air they will breathe, they can get a more accurate measure of air quality with a personal meter.

Additionally, test the air regularly for CO, especially if work is being performed in a confined space.

Respiratory protection may be required in some circumstances when CO could be present in the air, especially when ventilation is an issue.

For example, if it is determined that a confined space has CO in the atmosphere, anyone entering that space would be in danger without a respirator. In the case that a worker fell unconscious because of CO poisoning, anyone entering the area to rescue him or her would need respiratory protection, too. In too many cases, rescue workers have been impaired and even killed by carbon monoxide.

After taking all of these safety precautions, don’t forget to educate your workers about the sources and risks associated with carbon monoxide hazards, as well as the symptoms of CO poisoning. In the event of a CO exposure, the affected person should be moved to an area with fresh air. Call for emergency medical attention. Oxygen can be given to the person through a mask, and CPR should be performed if the person has stopped breathing.

In addition to training workers about CO, you can also remind them about potential exposures in areas where the gas could be present. A simple way to do this is with visual reminders such as safety signs and labels. 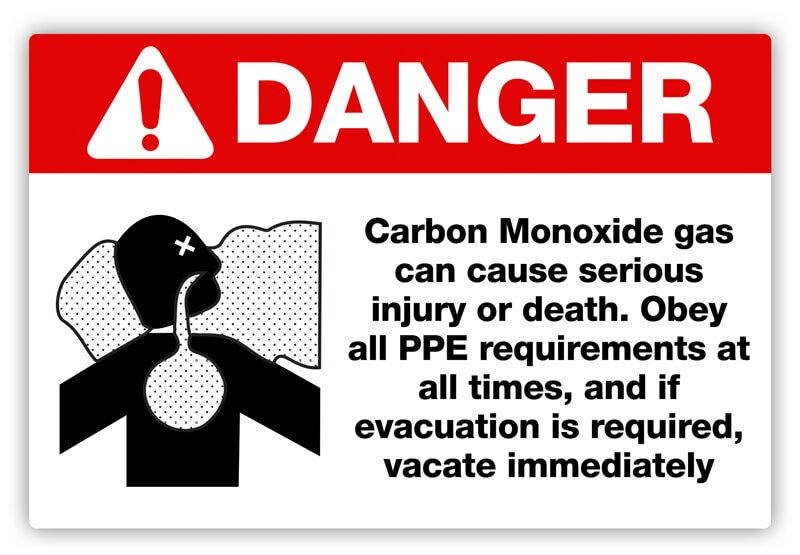 For more information about dealing with carbon monoxide in the workplace, take a look at the SlideShare below.

A Guide to Facility Spill Kits