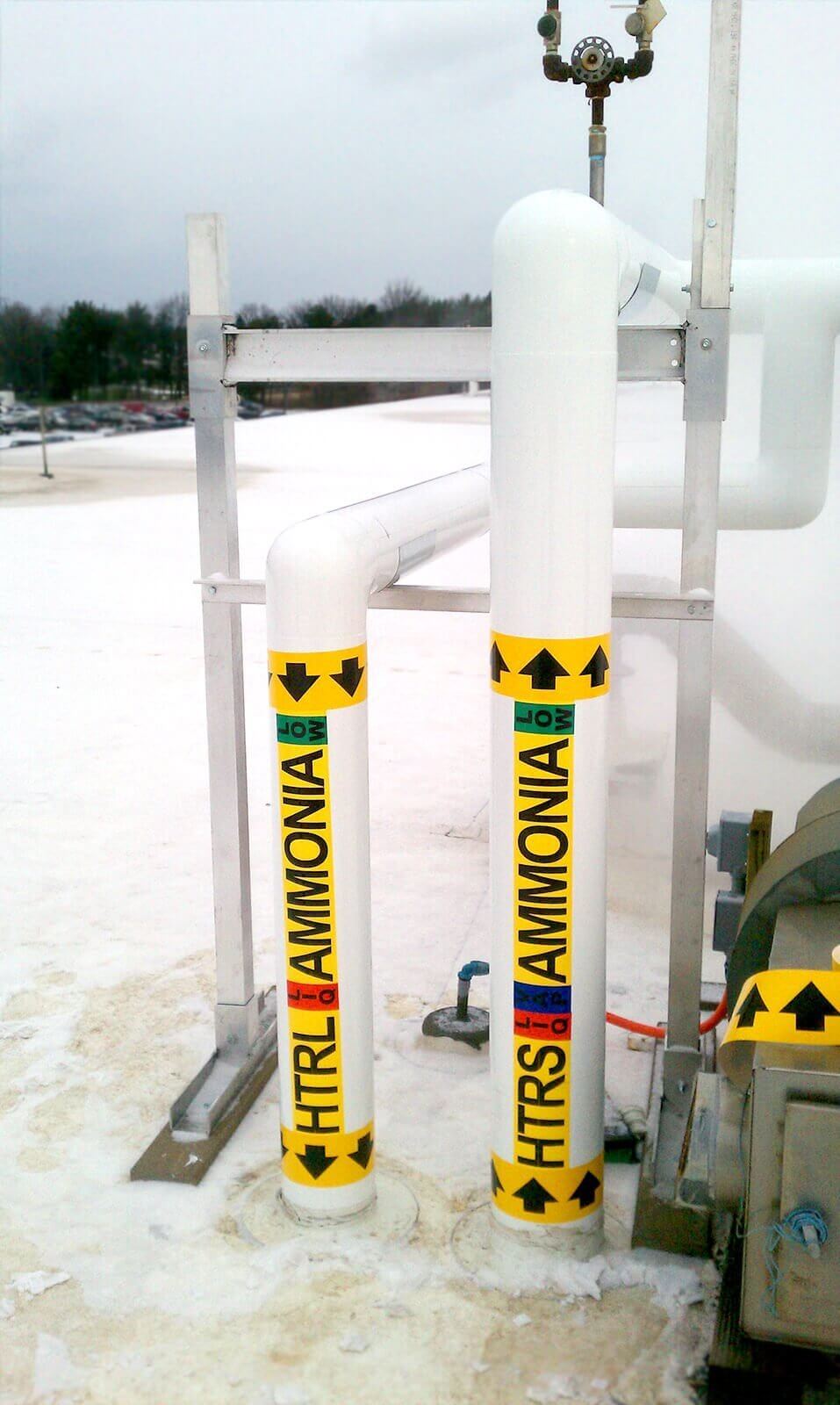 Ammonia, in the form of liquid or gas, is extremely caustic, and corrosive to the skin, eyes, respiratory tract and mucous membranes, and can cause severe chemical burns and frostbite to the eyes, lungs and skin.

Accidental releases of ammonia into the atmosphere and proximity of humans has been the cause of serious injury and death in the past. Ammonia refrigeration systems and all associated equipment operate under high pressure, so extreme caution must be exercised to prevent ammonia releases.

Accidents Can Be Costly

Unfortunately, violations of OSHA’s ammonia related regulations have become endemic on a national basis, as OSHA cited 144 companies between 1993 and 2007 for ammonia-involved violations. 32 individuals died from ammonia related accidents in the U.S. during this same time. Companies incurred losses in the millions of dollars with the combined costs of accidents, slowed or stopped production and fines.

Ammonia is most commonly delivered to facilities via over-the road truck or rail car. Transfer to storage or ‘nurse’ tanks or other parts of the refrigeration systems is them accomplished via differential pressure, compressors and/ or pumps. On completion of transfer, standard, regimented and controlled shutdown procedures for pumps, compressors, valves and hoses must be followed by workers.

Most accidental releases of ammonia occur during shipping and receiving/ transfer, due to faulty or improper hoses, nurse tank couplers and valves.

Ammonia refrigeration units and related Visual Communication are subject to and regulated by OSHA (Occupational and Safety Health Administration) requirements.

Symptoms of ammonia exposure can include difficult breathing, irritation of the eyes,
nose or throat, and blisters or burns. While ammonia has a noxious, irritating odor, short term contact may be unwittingly tolerated by victims, resulting in serious injury.